Want to lose your weight? Get up in the morning !

Do you feel that you are overweight and want to lose weight? There is an easy and simple way to do. Experts in the UK suggested that people should get used to wake up and doing activities in the morning. 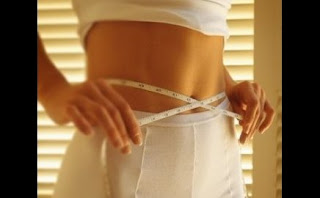 Researchers in Roehampton University concluded, wake up in the morning also gave other benefits such as arrived earlier at workplace, prepare children’s school needs earlier, and finished housework faster.

Researchers added, on people who had a habit to stay up until late night, usually would tend to have depressed feeling or higher stress level and had potential to have overweight problems.

From the research, researchers have interviewed 1,068 adults related their health and sleep habits. The result was that they who were used to wake up in the morning usually started their activities earlier, happier and had ideal body weight.

“There are morning people and night people. They who are used to wake up in the morning happier and healthier also have lower body mass index,” one of researchers, Dr. Joerg Huber said.

On British Psychological Society conference, Huber explained the reason wake up routinely is luckier and has better life quality. It refers on the fact that doing routine tasks in the morning and take care children on the right time even help body to be more fit in the middle of modern life.

“Maybe type of people who wake up in the morning more fit to work on work industry today than they who wake up late,” he said.

Make Your Own Jamu is Not Difficult, Here is the Right Way to Prepare Jamu

What Are Side-effects of Cinnamon?