French fries or potato chips might give bad effect to our body, but a
newest research stated that potato, which is cooked well proven good for
heart health.

One research concluded that consuming potato every day can reduce
blood pressure just as eating an oat meal without causing overweight. 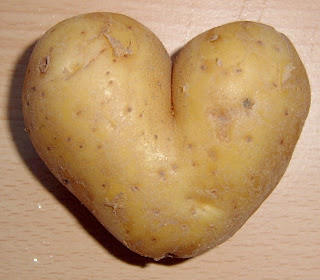 On the research that was released by healthday.com, Joe Vinson,
Chemical Professor from Scranton University, Pennysylvania, analyzed 18
patients that ate six to eight small potatoes two times a day for a
month. He found from 18 patients have systolic pressure and diastolic
pressure reduced from 3.5 percent to 4.3 percent.

Most of patients that were involved on this research have body weight
problem and some had been going through blood pressure medicine when
the research was going on.

The research that was funded by U.S Department of Agriculture was
presented at the Union of U.S Chemical Expert gathering event in Denver.
Experts there argued that this research was still premature and
couldn’t be done deep study.

One thing that sure, Vinson stated that potato could be a healthy
food not only served as french fries or chip or covered with high fat
such as cheese or cream. Potato mainly has anti-oxidant, especially on
purple potato, red or white.

According to Vinson, cooked potato by using microwave, won’t ruin
healthy substance that is found in potato. “People only know that potato
can be served as french fries or potato chip and not in other forms,”
he said.

Lona Sandon, spokesperson for American Dietetic Association, didn’t
surprise with the research result because potato was a good source of
potassium, known can help control blood pressure.”Potato is a healthy
food, has low fat nutrition, relatively low calorie and nutrition rich
especially in its skin,” she said.

These Foods are Home Remedies for Insomnia