Obesity occurs not only because unhealthy lifestyle, but it is also related with genetic factor. However, on research that was published on Journal of Promote Research, obesity apparently is also caused by bacteria.

“This study was the first that researched whether intestinal bacteria affects brown fat,” a scientist from Imperial College London and Nestle Research Center in Lausanne said. Just so you know that there are two kinds of fat tissues in body with different amounts. First fat tissue called brown fat that is useful to burn calorie, while the second is white fat that has a function to store energy or calorie.

On the research, scientists did a series of experiments on two groups of mice. The first group has normal intestinal micro flora, while the other group didn’t have bacteria in their colons. The result found a bacteria lived in colon and was considered to play important role that causes obesity. According to the researchers, this bacteria can slow down fat burning. 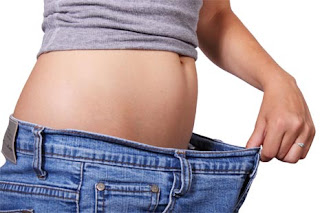 They explained more that brown fat on the first group was more active in helping calorie burning, so mice on the first group had ideal weight. While on the second group where the mice had bacterias in their colon tend to add their weight faster. Gender also affected the research. Male mice with intestinal bacterias tend to add their weight faster than female mice. Intestinal bacterias contributed on energy metabolism by producing short chain of fatty acid through carbohydrate fermentation.

When the bacteria is not exist, this short chain of fatty acid won’t be produced and affects several processes of metabolism, so it will trigger calorie burning or lipolisis activity on both brown fat and liver. The researchers believed that their research could be a reference to develop new ways to prevent obesity.